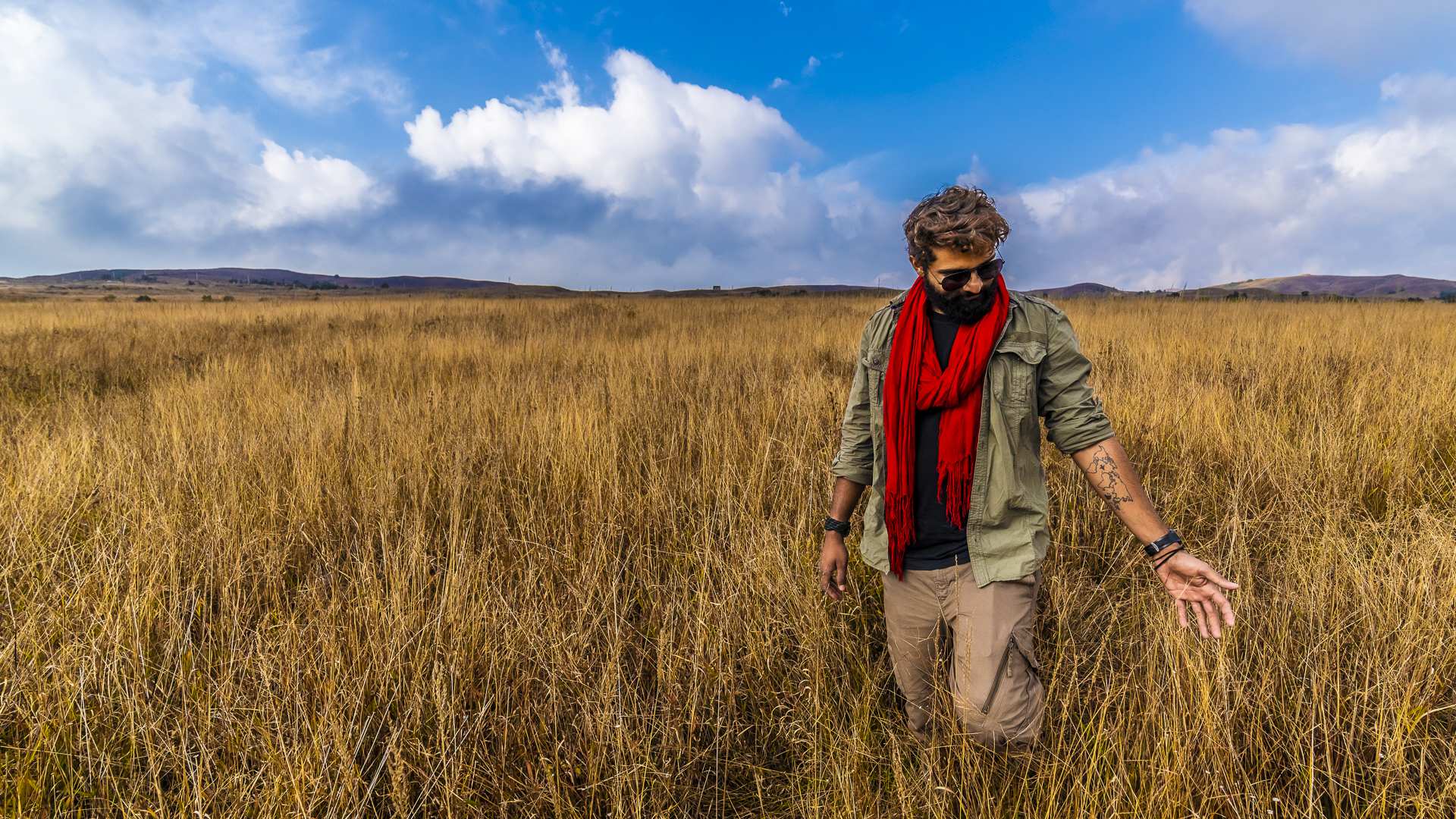 Many times I come across these questions,  What made you start travelling? Why did you decide to take it as a full-time thing? Why did you do all those things, which if a person is in the right state of mind would not prefer to do?

Well to answer the last question first, I did all those things because I am an Insane Traveller. I will not fall in the definition of a person having a “sane mind” in the eyes of normal people who live by a daily routine and denies to add the spice “the adventure” in their lives. I didn’t fall prey to the logic of having a secure life defined by the superficial world run by the materialistic people whose ethics can be measured in the unit of a teaspoon. I will be more than that, I had decided, too long ago…

And what made me start travelling?

Well, that’s not a right question actually. I didn’t start it. Travelling was a thing which was already there, maybe in my blood. Same with my father, he went to Kashmir solo when he was 14. I’m travelling since I was a kid. For example, Travelled in Rajasthan many times till I was 7. Covered most of the south-India, when I was 9, north India till I was 13.
From the beginning, I knew the study programs we have are not gonna be enough to satisfy my curiosity. I was a good student, like top ten in class good. And I also read a lot,  like a book a day lot when I grew up but I always wanted more, more than those books can offer… personal experiences.  So I started camping, mountain biking when I was 17. Also did around 300 km solo mountain biking in 36 hours as an experiment. Started long distance motorcycle trips, like a 4300 km trip Gujarat to Himachal Pradesh when I was 19. After every trip, I wanted to push more, push my boundaries further. My parents introduced the travel-bug to me. So maybe there is something as a  wanderlust gene or what you call a novelty-seeking gene.

When did I decide to take it up full time?

Well, I was always a full-time traveller and part-time engineer. I knew from my college days that table and chair aren’t for me and I decided not to even consider sitting in campus interviews. It was as they say “The very basic core of a man’s living spirit is his passion for adventure… and nothing is more damaging to the adventurous spirit within a man than a secure future. Careers are a 21st Century invention, and I didn’t want one…”

But to convenience my family and everyone, I have to find a way to make travelling as a work rather than a hobby. I used to watch lots of travel shows and read about people like Ray Mears, Christopher McCandless. So I also researched what it takes to climb mountains. That’s how I found out about the different national institutes which offered Mountaineering courses. It really changed me when I went for my first Mountaineering course. I learned a lot and all the dedication paid when I won the best student award. That gave me the sudden feel of venturing in the right direction.

But what inspired me the most was the turn of events that took place after my first mountaineering course. I met an accident in one of my bike trips in Kerala.

You can guess the severity of the injury when I tell you that I had to travel 1200 km in an ambulance. I broke two major bones in the most important part of my active lifestyle, my left leg. They have to put a rod in it. I was down on the ground, people have told me to look for ‘work from home’ adverts in newspapers. But all the criticism made me want to rise from the ashes and travel even more. I was homebound on bed rest for more than 3 months. I barely started walking after 5 months. The Doctors said the average recovery time is around one year. But I tell you what, one wise man once said, “when it comes to dreams, you may falter; but the only way to fail is to abandon them.”

Against the odds, just after seven months of the injury I climbed and summited Mt. Stok Kangri (6153m) solo in the insane timing of just over 50 hours. I was a changed man after that. To summarise what I learned in words would be a foolish mistake. I experienced more than I learned. But still, I’ll try to put the teachings of the life, my emotions in the words. Recently I went through an Intramedullary Nail removal surgery which is the aftermath of the surgery I had exactly two years back because of my accident. In these two years, I’ve learned a lot and it changed me a lot. Often there comes a time in your life when you(or the people around you) feel the dreams you’ve dreamed are no longer possible… And that’s obvious also. You no longer possess the same abilities, the same strength you had before in incidents similar to mine. The key thing here is acceptance. Accept your conditions or limitations. Change your style, execute your goals differently. Don’t be sorry about the things you don’t possess now and be grateful for the ones you still have. Improvise… There is N number of ways to achieve your dreams/goals. I did, and believe me I even feel a lot stronger than I was before.

In the past two years, I have lived an awesome adventurous life. I spent most of the time travelling, living in the mountains and making awesome new friends. I did around 25 high altitude treks, did two Mountaineering Expeditions and summited peaks above 6000 meters, meanwhile also finished my advanced mountaineering course, became certified Skier, road tripped on my motorcycle in the just past 6 months more than 19000 km not counting the daily commute and witnessed thousands of awesome things happening. Most rewarding of them all are people. I met some really wonderful people in these years and many became good friends. Now I’m feeling very satisfied that I’ve friends everywhere and a small downside of that is I’m always missing someone. But that’s a small price in ready to pay for the richness of my friendships. So that’s why I keep insisting that don’t wait for your life to be miraculously normal again which you know is never going to happen. Be the miracle yourself. Find the courage to dream that dream again. Let your heart be your primary guide and show you the direction and let your mind tackle the obstacles on that path. Take one step and everything else will fall in place.

WOW! This article deserves a trophy. It is nicely written. Your adventures and experiences are extraordinary. You are an excellent example to young people who need the push to follow their dreams.