Insane Traveller is a story of three guys who decided to join the cult of overcoming fears and following their passion and most importantly, their dreams. They met in Rishikesh, from where they were supposed to join a trekking company as trek leaders and soon, they forged a brotherhood that would take them places (literally).

Tired of being a corporate slave, Oshank decided to travel solo, leaving behind all the madness of an office life and towards finding inner peace. In 2014, he packed his bags and booked a flight to Kolkata with no return ticket. The short trip extended to become a month long trip where he covered not just Kolkata but also explored Sikkim and Darjeeling; and then, he made a decision that was the first turning point of his life. He planned on trekking the Goechala summit and though it is still one of the most difficult treks to conquer in India, it was his first. Barely making it alive in his jeans and a torn leather jacket, he says, that was the moment he first felt alive. After returning from the trip, he couldn’t settle for anything less. He applied for a job in a trekking organisation and packed his bags for Rishikesh. 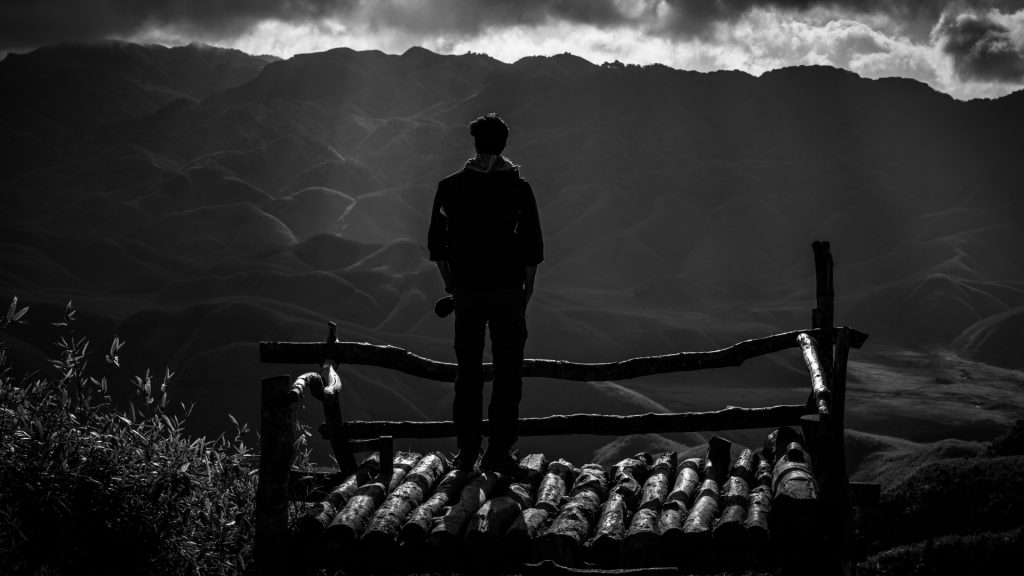 While Oshank realised it later in his life, Harshit had been a passionate traveller since childhood. Following his dad on his journey’s, Harshit started doing solo bike trips at an age of 19. He was never inclined on making a career in academics and had always dreamt of riding his bike on mountains and into sunsets. In September of 2014, while riding along the coast of Kerela, Harshit had a major accident in which he broke two major bones of his leg. The doctor said he would never run again. But, the passion was too deep and the dreams too high to let a setback change the course of his destiny; after three months of depressing bed rest, he got up, started walking and in a few more months, starting running and then, in a couple of months, summited Stok Kangri in a jaw-dropping time of 51 hours. After he aced his Advance mountaineering course, he couldn’t settle for anything less. He applied for a job in a trekking organisation and packed his bags for Rishikesh. 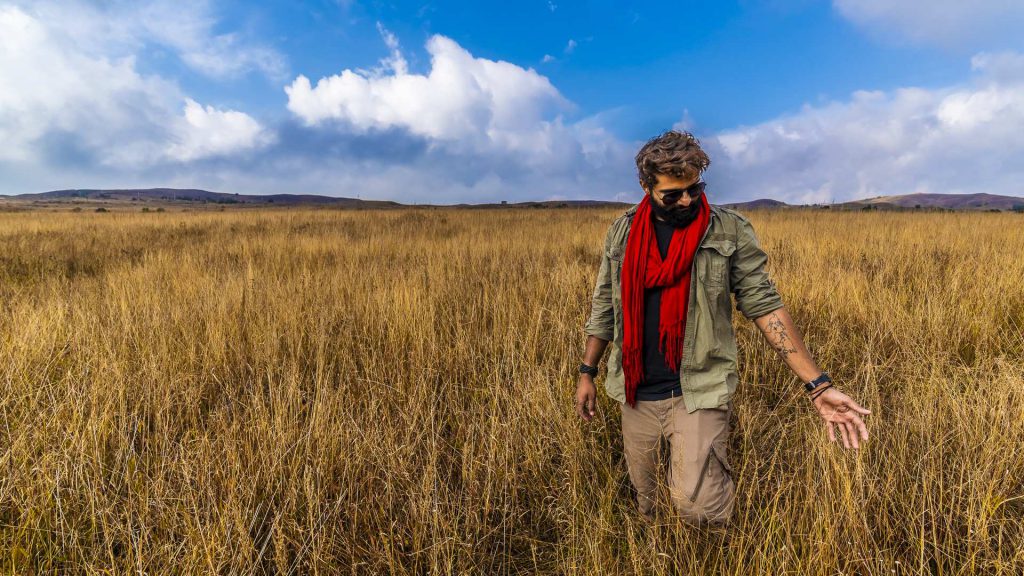 Mohit was a bit different, he got into IIT Kharagpur, and his parents were as proud as they could be. Studying in a college that students dream of, he always felt something was missing. He was lost all the time and nothing made sense. After graduating, he changed four different jobs within a course of just eight months and still, was not satisfied with his life. In a blink of an eye, he left everything behind, booked a ticket to Leh in the dead of winter and then, made a decision he still laughs at. With no prior trekking experience, he decided to do the Chadar trek in negative 35 degrees and that too, alone. Yes, he was insane to do so, but in the dawn of that insanity, rose his passion for travelling and the need for adventure. After coming back from Ladakh, he couldn’t settle for anything less. He applied for a job in a trekking organisation and packed his bags for Rishikesh.

All three of them met at an orientation in Rishikesh and instantly hit it off with their passion and humour. The drive to the base camp was long and hence, they got ample time to discuss their past and the things that bought them there. Happy to be sharing a common ground, all three commenced their job as trek leaders and trekked together at some of the most beautiful slopes of Uttarakhand. After doing what they assumed was their dream job for four months, they felt that the organisation took deceptive measures on their employees and one after the other, all three of them resigned.

While Oshank fled to Spiti to backpack across the barren lands, Harshit and Mohit went home and thought about what they had to do with their respective lives.

On a fine summer evening, Oshank got a call from Harshit and they both decided to do a coastal bike trip covering the Indian coast in a short span of time as possible. In the course of some next thirty days, the friendship grew and so did the passion and they came up with the idea of Trekmunk and Insane Traveller. They stopped at Goa, gave Mohit a call, invited him in on the big idea and got their business cards printed. Such was the dedication, the passion and the Insanity of the Insane travellers.

Within the next few months, they travelled to Sikkim, Meghalaya, Darjeeling, Nagaland, Rajasthan, and Kutch; while they travelled, they made sure to pen down their experience, write tiny travel stories and poems and post them on social media under insane travellers. The response they received made them realise that people want to listen and read their stories and hence they started writing entire blogs which would offer stories and information for people who want to travel like them.

While they travelled like nomads throughout India, they accepted bookings for the first ever trekking batch they were going to organise as founders of trekmunk. Both the batches they proposed for Chadar trek got full and they were on cloud nine. They trekked on the frozen river surviving negative 35 degrees, taking along two batches in succession, one in an Alpine-style trek and the other a fixed departure. Later on, Trekmunk came up with its own unique style of customising treks according to the need of their trekkers and focused majorly on the development of mountain villages by organising trek for a cause.

After trekking in the Himalayas for a long time, they realised that the basic amenities that are taken for granted in the cities is what the mountain people crave for. Nestled deep within the Himalayan mountains, lie some villages which are deprived of not just education but something as basic as medical facilities. So, Oshank, Harshit, and Mohit curated a group of doctors who were willing to trek all the way to those villages and treat people. “I have never felt better in my entire life. Watching those people cry out of happiness, moved me and I promised to bring back more doctors and better medicines next time around.”

All three of them encourage everybody who is reading this to travel. Their aim is to provide everybody with the means of travel and related information at just a call. In today’s lightning fast world, where the focus has shifted from travelling to clicking pictures and posting it on the internet, they want to bring back the spontaneity and the adrenaline rush of travelling. Hence, they encourage people to join them on their backpacking trips with insane traveller, where they roam without any prior bookings or itineraries, accepting and loving whatever life throws at them. Watch the video to see their journey.

Trekmunk is also looking forward to more “Trek for a cause” initiatives in the future where they can help as many people as possible by treating illnesses and providing education through volunteers. For the same purpose, Trekmunk is looking for volunteers who are willing to selflessly help people in need.

Oshank, Harshit, and Mohit are constantly searching for more and more ways to satisfy their passion and in return, leave a place better than they visit it.

Next
Chadar Trek – Where I Starved but fed my Soul

What a dedicated bunch put your spirit in to it and soar . that is very touching just keep on soar

Some times its a pain in the ass to read what website owners wrote but
this website is real user pleasant!