The Man, His Machine and The Mountains 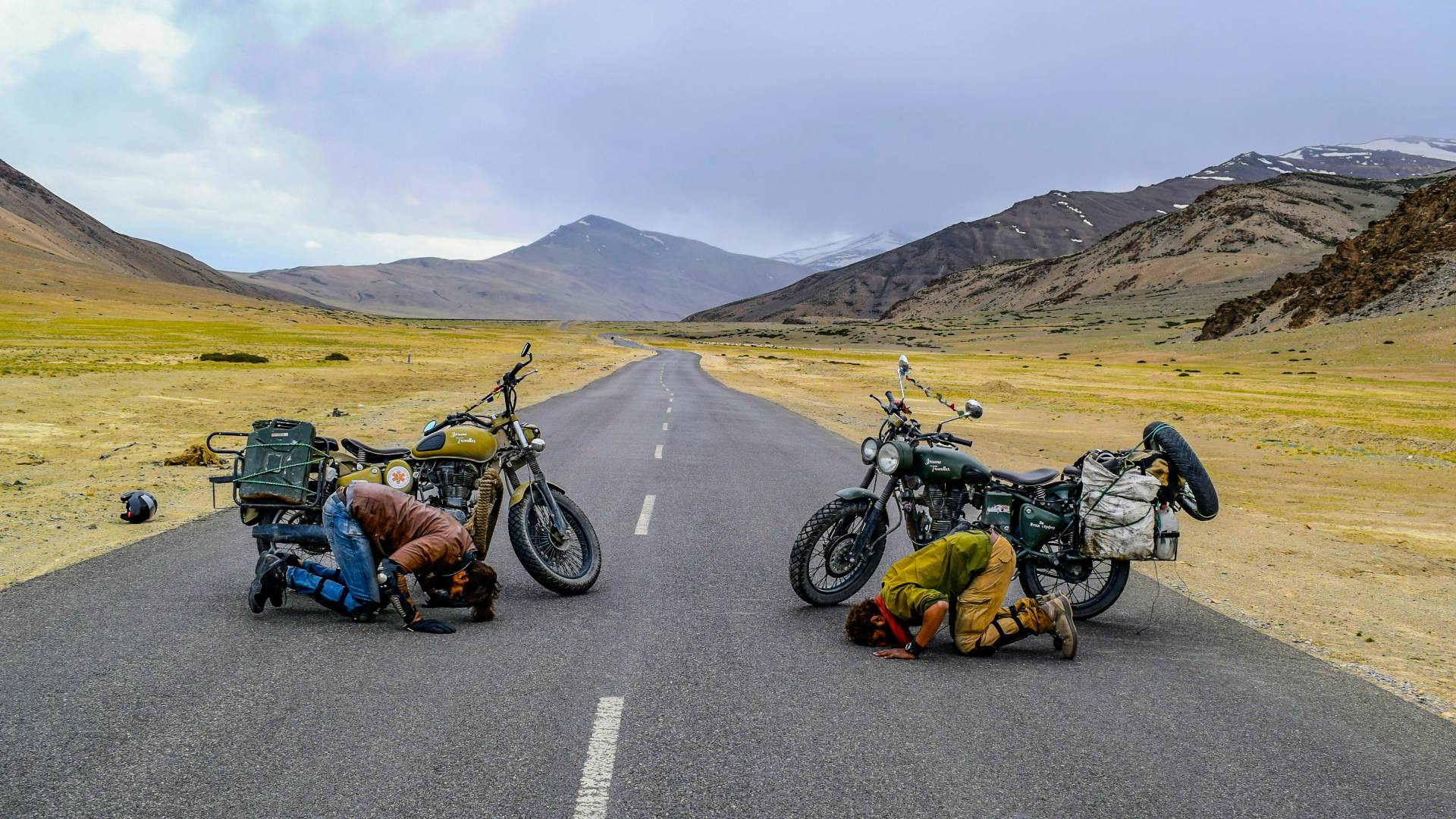 Undisturbed and free they sleep, for they know the mountains have accepted them,

for not what they wear but for that which’s within.

Leave the man and his machine alone,

tired from the never-ending war against the constant orthodox eyes of the society.

Neither they nor the Mountains wanted to fight.

They sail far away as the wind enchants the mantra.

Not afraid of the judgement, not to prove who’s wrong but believing in what’s right.

Fearless of the defeat they rest, for they know they’re the ones, standing tall in the thinnest of air;

and the ego of the society cannot reach their altitude without crumbling itself first.

Receiving blessings of disapproval by many for the way they live their lives, they still keep traversing in a curve.

The Foolish says don’t; keep straight, stick to the established routine and know where the life is in some years.

They laugh it off and reply they’ve learned the function of life by living in the moment as close to the present as possible.

They don’t have to be limited by the known formulas to figure out the life and their integration will be far much better,

counting each and every moment as the time always tends towards the present.

This article reflects the deep thoughts and literary skill of the writer. It illustrates his strong will not to be controlled by the society’s standards of how life should be lived. It demonstrates his love for adventure, his comfort zone, which for others, consider risky.

May the writer’s pen continue draw pictures in words that can describe the depth of chasms and gorges, the beauty of tents perched on mountainsides, and the gurgles of falling streams as they reach a forest floor.

Thank you for your kind words.