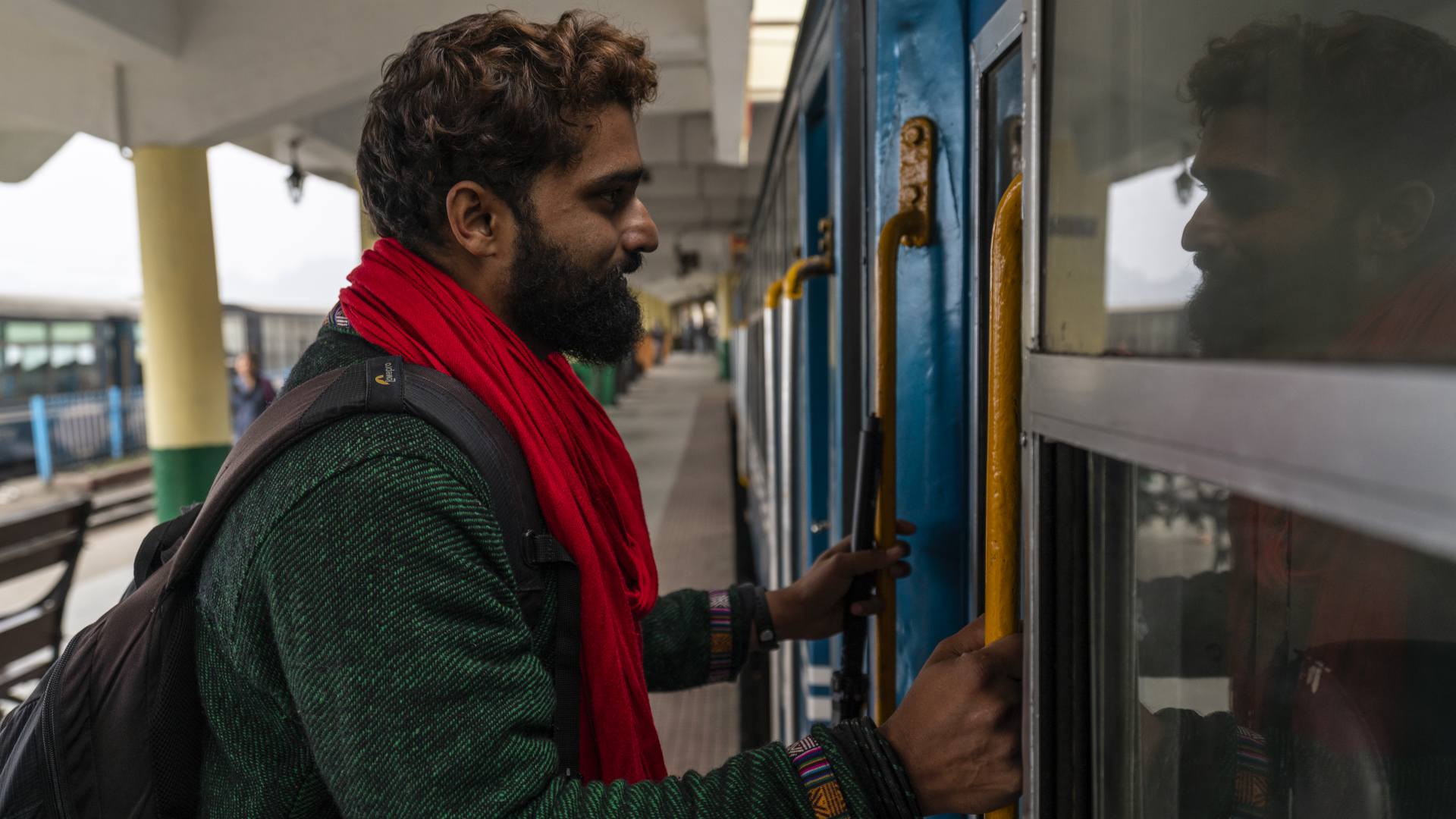 I remember the time when as a small lad, I traveled with dad from one station to another, using the wondrous, serpentine train to take us to our destination. Claiming the window seat every time, I would  look out at the world with my curious eyes, observing small, empty stations passing by;  One time, I remember lifting up my head from the window ledge to ask my father, “Papa, why didn’t this train stop at this empty station?”

Unaware of what was going on in my little head, he peered into my face and replied, ” Son, this train will stop at the stations where the passengers want to get off”.

I looked out of the window again with my eyes full of questions, watching another station passing by, still wondering why the train wouldn’t stop. I asked my father again, “Papa, why isn’t this station our destination?”

My father looked at me a little strangely, then he said, “Beta, because we are going to your uncle’s place and that stop is a little farther away”. All I did for the rest of that journey was imagine how it would feel to stop here, where this unknown station would lead me, what kind of people stayed in those small houses running past my little window and what they do the whole day.

And then came a time when I stopped traveling by train.

My mind now filled with chores and my daily routine never thought of those empty stations again. My eyes weren’t curious anymore and life had taken a different route it seemed. Then, news came to me that my uncle wanted to see me, and thus I got the chance to visit my uncle’s house once again.

So I booked my ticket and went to the station after what felt like ages. The first thought that came to my mind was that of those empty stations, and I remember thinking, “It’s been a while, those empty stations won’t be empty anymore…”
I got onto my train, reclaiming my favorite window seat and settled in. I remember being slightly excited as I realized that even after so many years, those stations were still empty as they had been in my childhood days. I saw as an observer, my mind delving into faintly familiar questions.

Looking at those empty stations, my mind asked me the same things, and a thought came into my mind, to seek out the answers this time around but how did one get off at a station where even the train wouldn’t halt? As if in answer to my prayers, it was announced that my train was making an unscheduled stop further ahead because of some technical snag. I felt my eyes fill slowly with curiosity and the mind suddenly wanting to play, like the child in me was being born again. I quickly picked up my bag without any further thought. And finally I took a step into something that I had always wanted to do ever since I was that little, curious boy traveling with his father; I decided to step out of the train on an empty station, a station where there was no one.

Standing on that empty platform with a backpack on my shoulders, I was finally ready to take the unknown road.

Next
The Cheapest way to reach Ladakh

Asking questions are in fact nice thing if you are not understanding something totally, however this piece of writing
provides nice understanding yet.

We’re a group of volunteers and opening a new scheme in our community.

Your website offered us with valuable information to work on. You have done a formidable job and our entire community will be grateful to
you.

Your means of describing all in this paragraph is genuinely nice, every one be capable of
effortlessly be aware of it, Thanks a lot.